Join us on Thursday, November 16 at 7pm for a showing of The War Game, by Peter Watkins. Winner of the Academy Award for Best Documentary Feature, this 45 minute film envisions an escalating war between NATO and the USSR resulting a nuclear attack on Great Britain. Originally written for the BBC, the film was deemed too provocative by the British Broadcasting Company.

World renowned film critic Roger Ebert gave the highest praise, and a perfect score, to The War Game: “They should string up bedsheets between the trees and show “The War Game” in every public park. It should be shown on television, perhaps right after one of those half-witted war series in which none of the stars ever gets killed…. it should be shown to the leaders of the world’s nuclear powers, the men who have their fingers on the doomsday button.” 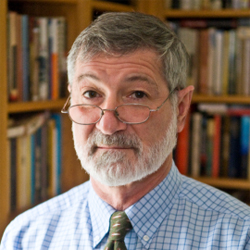 President of the International Physicians for the Prevention of Nuclear War, the founding partner of ICAN and itself the recipient of the 1985 Nobel Peace Prize. He is also co-Founder and Past President of Physicians for Social Responsibility, IPPNW’s US affiliate. He is active in the Back from the Brink campaign. Dr. Helfand was educated at Harvard College and the Albert Einstein College of Medicine.Dr. Helfand co-authored PSR’s report, Nuclear Famine: 2 Billion at Risk?, which outlines the global health consequences of regional nuclear war. He was a leading medical voice in ICAN’s campaign for the Treaty on the Prohibition of Nuclear Weapons. Dr. Helfand addressed government delegations at international conferences on the Humanitarian Impact of Nuclear Weapons in Oslo, Norway, Narayit, Mexico, and during the May 2016 U.N. Open-Ended Working Group on disarmament in Geneva, and throughout the U.N. General Assembly negotiations in 2017.